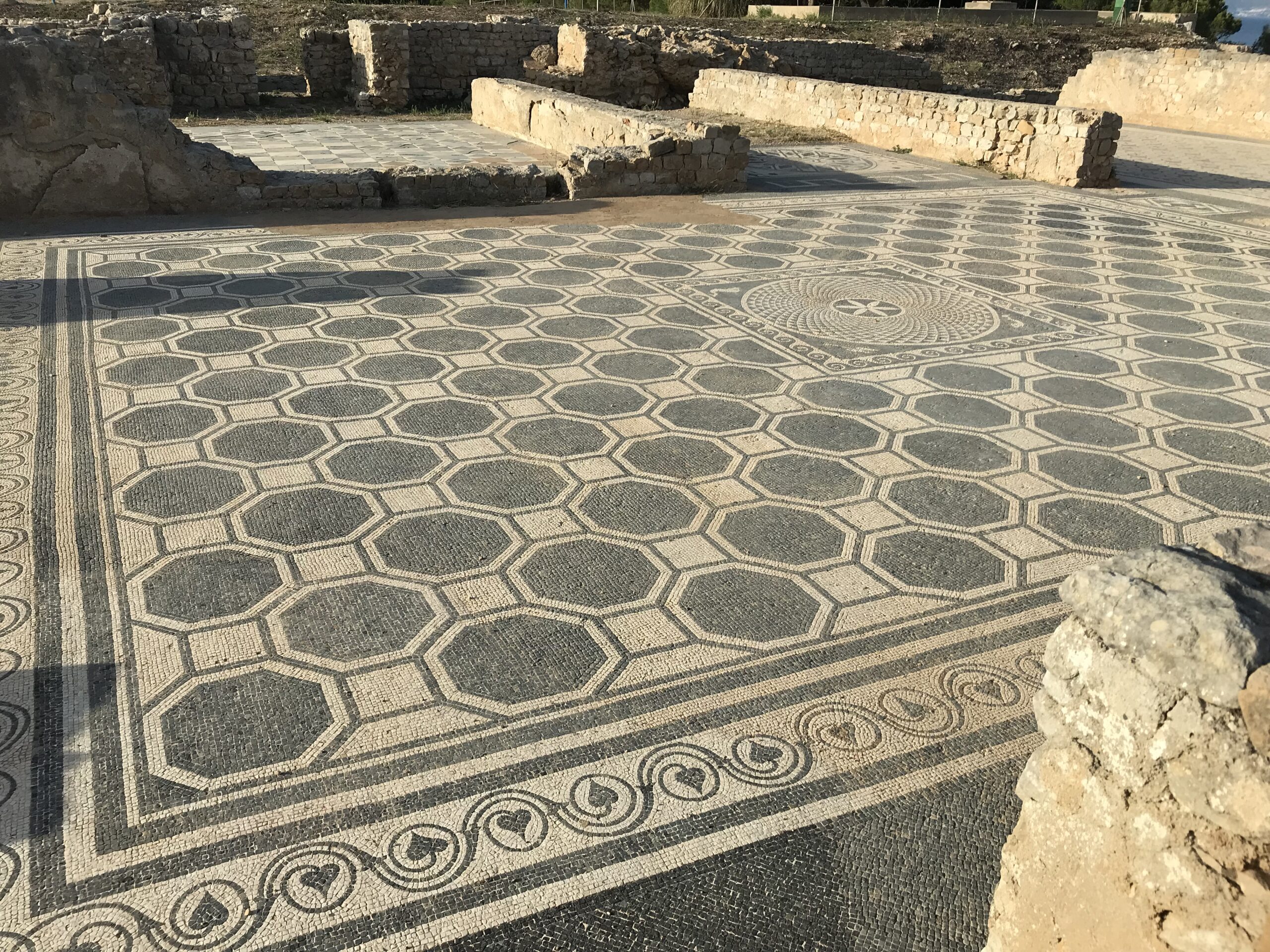 The ancient Roman mosaics found at the Ruins of Empúries are as timeless as they are beautiful. Vibrant and intricate, these geometric patterns are the descendants of an art legacy that has transformed floors and walls for thousands of years. Mosaic art dates back to the dawn of human civilization in Mesopotamia, where artisans hand-crafted and assembled small pieces of colored glass, stone, shells, brick, pottery, glass, turquoise, ivory, jade and other materials that would be cut into squares and shaped using special tools.

Though artists from the Renaissance appeared to reject the medium, Modernists embraced it. Greats like Antoni Gaudí, Art Nouveau designers and more helped to keep the ancient art form alive and paved the way for contemporary mosaic-makers.

Nestled behind Sant Marti beach on the picturesque Gulf of Roses in northeastern Spain, you will find a treasure trove of well-preserved ancient mosaics left by early Romans. 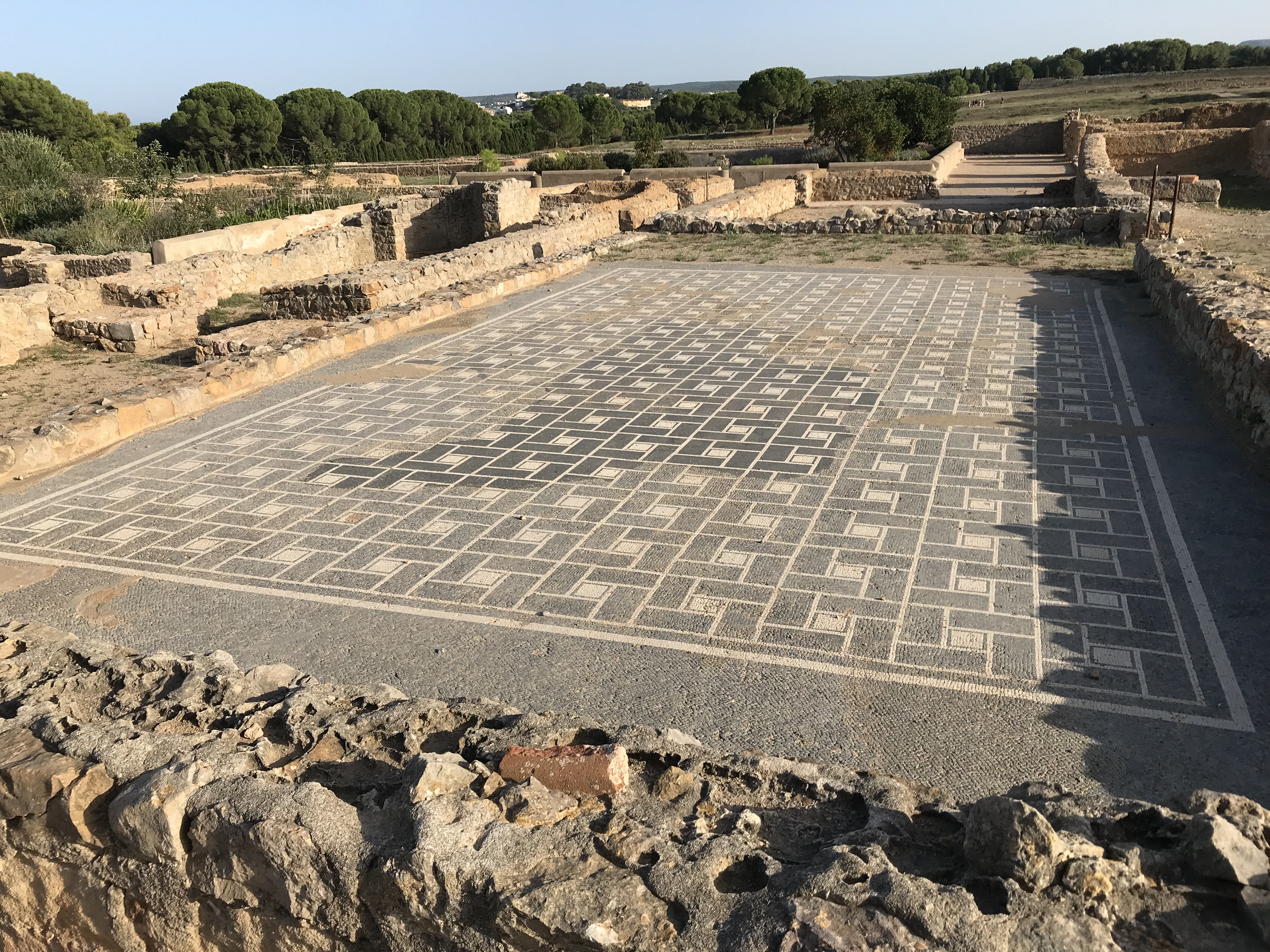 Did the ancient Romans know a status symbol of North Africa’s mega-wealthy lay literally at their feet?

Mosaics have a long history, starting in Mesopotamia in the 3rd millennium B.C. Pebble mosaics were layed  in Tiryns in Mycenean Greece; mosaics with patterns and pictures became widespread in classical times, both in Ancient Greece and Ancient Rome. Byzantine mosaic artists became so famous for their work that the Arab Umayyad Caliphate (661-750 CE) employed them to decorate the Dome of the Rock in Jerusalem and the Great Mosque of Damascus.

The Greeks called the city Emporium, meaning “market,” and it thrived for some 300 years until the Second Punic War.

According to the Greek geographer Strabo of Amasia, the Palaiapolis of Emporion was founded by the Greeks – yet failed to mention the Iberian tribe of the indigetes had already been living there.

While the ancient Greek and Roman Cities are celebrated at this site, the native settlement that pre-dated them remains unearthed and long forgotten.

When the local tribes revolted at the beginning of the second century, the Romans sent Marcus Porcius Cato to restore order. In 195 B.C., a large Roman military settlement was built on top of the native settlement known as Indikê. The new Roman city was called Emporiae, the plural meaning two cities – the older Greek and the newer Roman city now sitting side by side.

The Roman city built over native the settlement of Indikê measured about 22½ hectares, and included an amphitheater, an early Christian basilica and a place of worship dedicated to Isis, Serapis and Zeus – deities of Egyptian origin. Today, only a small portion of the Roman city has been excavated. The estimated size of the original settlement of Indikê remains unknown.

What Lies Beneath the Greco-Roman Empuria Ruins

A wide range of peoples have settled in Iberia since the end of the last Ice Age. Phoenicians, Celts, Greeks, Jews, Romans, Goths, Suebi, Franks, Arabs and Berbers. All have left their genetic and cultural mark on the region.

The Iberians produced sculpture in stone and bronze, most of which were influenced by the Greeks and Phoenicians, and other cultures as well, including the Assyrian, Hittite and Egyptians.

The original three settlements of Palaiapolis, Neapolis and Indikê were critically important to the inhabitants of this part of the Iberian peninsula. One of the main trading partners of the original Iberian settlements was Carthage,

The Carthaginians originated in Phoenicia and were of Punic heritage. Centuries before the Greeks or the Romans migrated west, the Punic people founded a network of coastal cities that in early times were little more than trade hubs. Their mercantile skills allowed Carthage to build an enviable commercial empire.

The Romans and the Carthaginians of North African – modern day Tunisia – were two of the most powerful forces in the region, and in the 3rd and 2nd Centuries B.C., they engaged in three successive conflicts known as the Punic Wars. Much has been written about Hannibal’s epic battle against Rome, in particular his crossing of the Alps. During the conflicts, Iberian soldiers were widely employed by Carthage and Rome as mercenaries and auxiliary troops. A large portion of Carthaginian forces during the Punic wars were made up of Iberians and Celtiberians. But it was the Romans that were ultimately victorious.

Is it just a coincidence that Roman Emporiae coins closely resemble the coinage of Carthage?  Or, was it Rome’s backhanded tribute to Carthage? Either way, it was the defeat of Hannibal Barca that led to the Roman conquest of the Iberia peninsula and the massive amount of wealth amassed by Rome from Iberian silver mines.

“The mosaic medium was really viewed as an efficient floor covering, waterproofed, durable and easy to walk on,” Christine Kondoleon, a senior curator of Greek and Roman art at the Museum of Fine Arts, Boston.

The best source for information on Roman history and architecture is Vitrivius, who spelled out the steps required to prepare a floor for a mosaic:

Then artisans embedded the tesserae into the nucleus layer or possibly laid a thin layer of lime on top. The tesserae were pressed down into the mortar to set them at a common level and then the surface was ground smooth and polished. The artisans sifted powdered marble on top of the painting, and ​as a final finishing touch laid on a coating of lime and sand to fill in any deeper remaining interstices.

These ancient Roman mosaics are a perfect demonstration of how timeless patterns can become the focal point of any given living space. 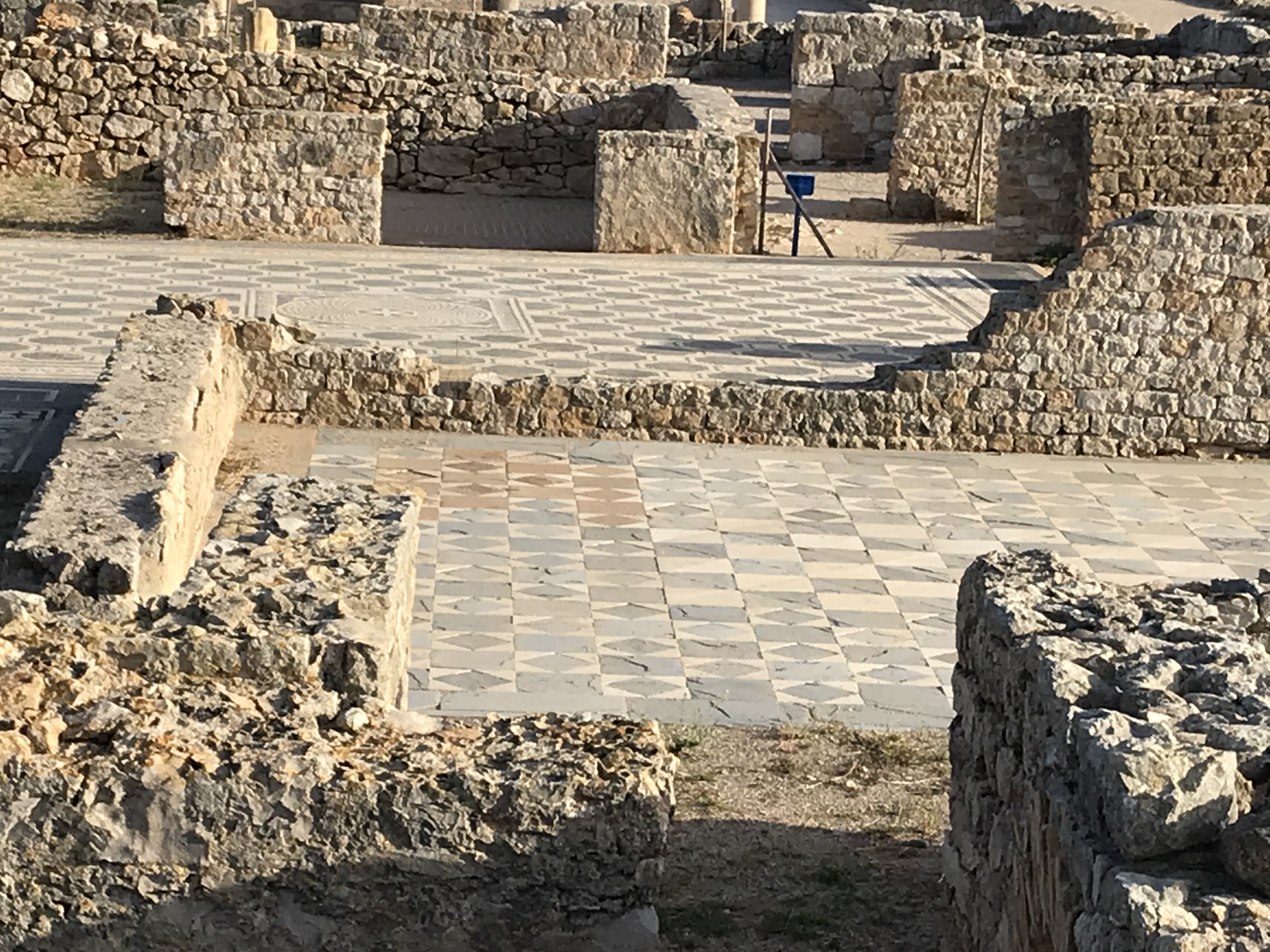 Today, with just a handful of materials and a couple of tools, you can make your own glistening work of mosaic art.

Modern artists and space designers continue to borrow from these ancient works – and their clients still race to decorate their living spaces with these timeless accents.

Do you have a room in your home that could use more excitement?  If so, the addition of classic mosaic patterns can bring new enjoyment to a living space – and it all begins with a trip back in time.

Ancient coins show how empire shifted from Carthage to Rome