We call this the beginners guide to color because there is so much we don’t understand about their nature and power. In terms of influencing behavior, color has the ability to stimulate hunger, calm nerves, create anxiety, provoke hostility, sense danger, bring healing energy, make purchase decisions, even alter perceptions of time and space.

Color in many ways has the ability to shape our reality.

Marketers and designers make it their business to understand the psychology of color. Colors are selected to create moods and sell products, where the intended  effects can be measured and tested to a degree. But questions still remain on and how it all actually works.

The human eye and brain work together to translate light into color by selectively reflecting and absorbing wavelengths of visible light.

The light spectrum visible to the human eye is less than 1.5% of the entire electromagnetic spectrum, so it’s safe to say the influence of color goes far beyond sight. 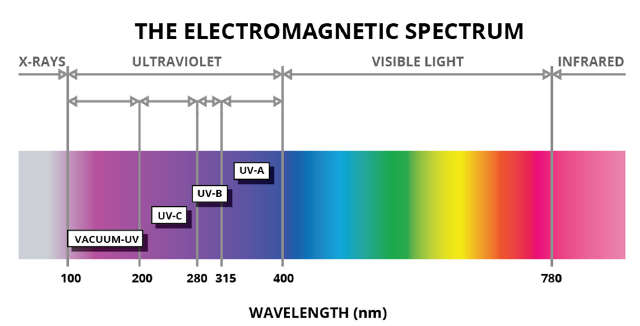 The chart below provides details on color temperature and their typical applications in mood lighting. 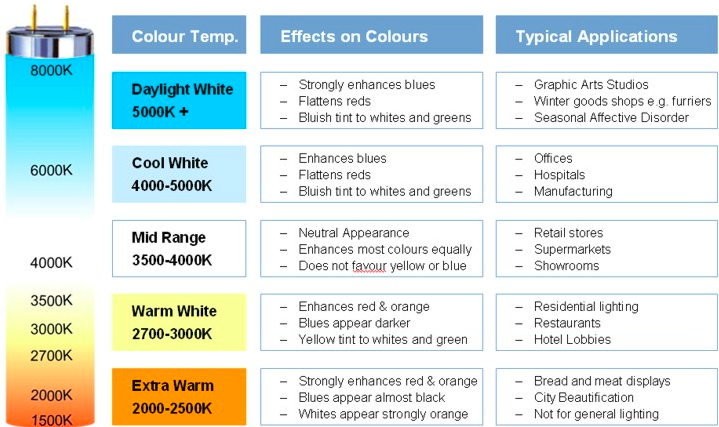 The physical mechanics that underlie color vision have been understood for the better part of a century, but it is only in the last few decades that we have been able to uncover a separate pathway for the non-visual effects of color and the non‐image‐forming aspects of vision.

The discovery of the anatomical basis behind non‐image‐forming vision has led to a great deal of research into the effects of light wavelengths on sleep, depression, mood, and overall wellbeing.

A fear becomes a phobia when it’s excessive, irrational, or impacts your day-to-day life,  To the extreme that a pitch black room can trigger panic, color can have an outsized effect on your state of mental health and emotional wellbeing.

Nyctophobia is an extreme fear of night or darkness that causes intense anxiety and depression. 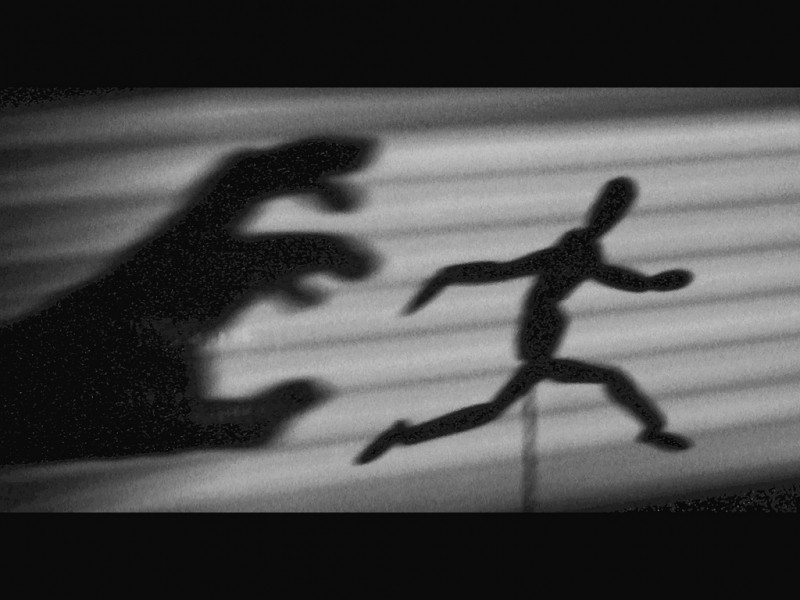 Painters, interior designers, graphic artists  and more use color in ways intended to alter perception and fool the eye into seeing and feeling things that are not really real. Understanding the color wheel and how light reacts with surfaces and other elements are tricks of the trade.

Color has the ability to alter visual  perception

Artists have been using colors to trick the human eye into perceiving a three dimensional space from a 2 dimensional medium for centuries. Understanding the color wheel and how light reacts with surfaces and other elements, including visual perception can be found in the bestseller, Color of Light: A Guide for the Realistic Painter.

How color used  to control thoughts, feelings and physical actions?

Pink is the color of tranquillity and love. It has long been associated with feminine colors but things are changing as the color has grown more unisex in recent years. While pale pink is associated with calmness, hot pink is at the opposite end, stimulating energy and excitement. 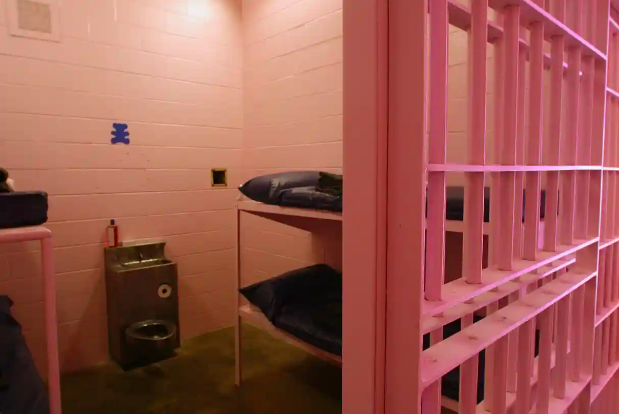 Blue is the color of the mind and is believed to affects us more mentally than physically, Stronger blues encourage clearer thoughts whereas lighter blues will calm the mind and aid concentration.

Blue is the most universally favored color by both men and women.

Blue light causes people to feel relaxed. This has led some countries to install blue-colored lamps to reduce street crime and suicides attempts.

Electric Express Railway Co. changed the color of eight lights on the ends of platforms at Gumyoji Station in Yokohama, Japan, claiming that prior to installing the lights  people would attempt to commit suicide every year at the station. But since the blue lighting was introduced, no suicide attempts have occurred.

The color red attracts attention more than any other color. The primary reason why red is used for warning signals because it is the color with the longest wavelength. Red can be seen from greater distances, traveling through fog, rain and other low visibility conditions. 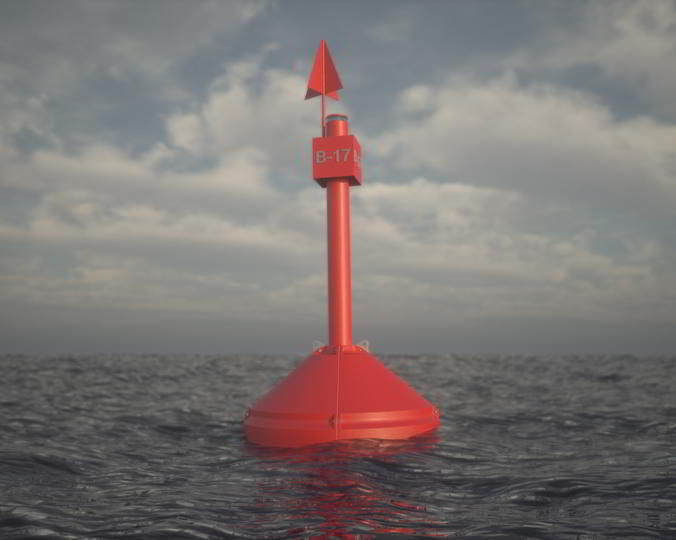 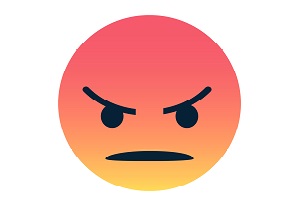 Red is extreme. It is the color of passion, seduction, danger and anger. It has the ability to stimulate desire but also pack a punch. Seeing red has been linked to physical violence as well as impaired analytical reasoning, making it a bad choice for office walls.

Red is a bold, attention-getting 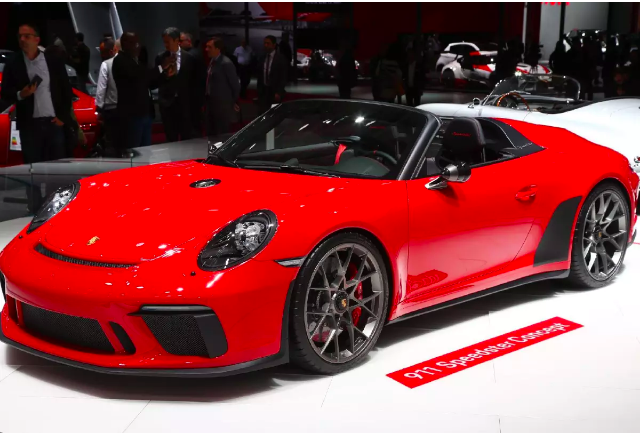 Preferring a red sports car might mean you want to project an image of power, action, and confidence.

Does a red cape make a bull angry?

This color red is equated with joy and good fortune.

In the Catholic church, red is associated with the blood of Christ.

In Asian culture, red envelopes are filled with money and given away to manifest good wishes and luck in the new year.

The color green is identified with two common meanings: nature and the environment, the second being finance and wealth. Green represents calmness, abundance in nature, and eco-friendly materials that are organically based.

Money from America’s perspective is green

The color brown is a warm color that stimulates appetite. While it is sometimes considered dull, brown also represents steadfastness, simplicity, friendliness, dependability and health. The color brown affects the mind and body by creating feelings of wholesomeness, stability, and peace. 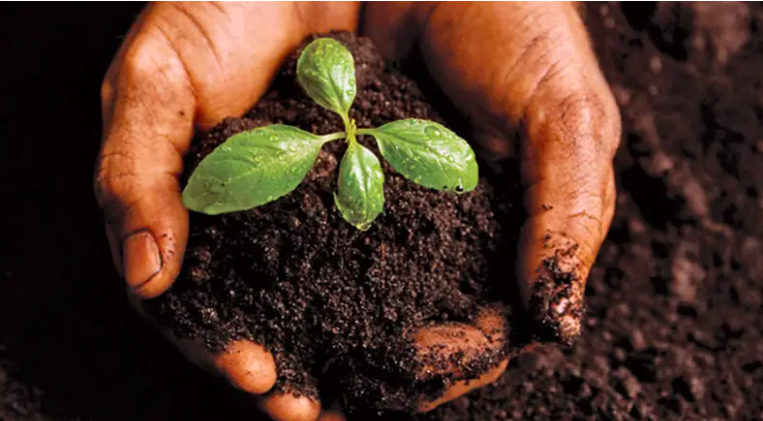 The color brown usually consists of a combination of red and yellow and has a close association with the natural world. Brown is warm and reliable. Brown is an earth tone that conveys organic, wholesome, honest and simple.

Your reactions to colors are often deeply personal and rooted in your own experiences. Societal and cultural norms also play a big role.

More than just black and white

We assign meaning to colors through societal norms, cultural ethnicity,  racial classification and through an infinite range of personal experiences.

Because black absorbs all the colors of the visible spectrum and reflects none of them to the eyes, you could say that black is not a color. Or you can argue the opposite, that black is a color and can be proven by combining multiple pigments to create black on piece of paper. But in a technical sense, black and white are not colors, they are shades.

Black is often used in fashion because of its slimming quality, it is also versatile and can be combined with any other color. 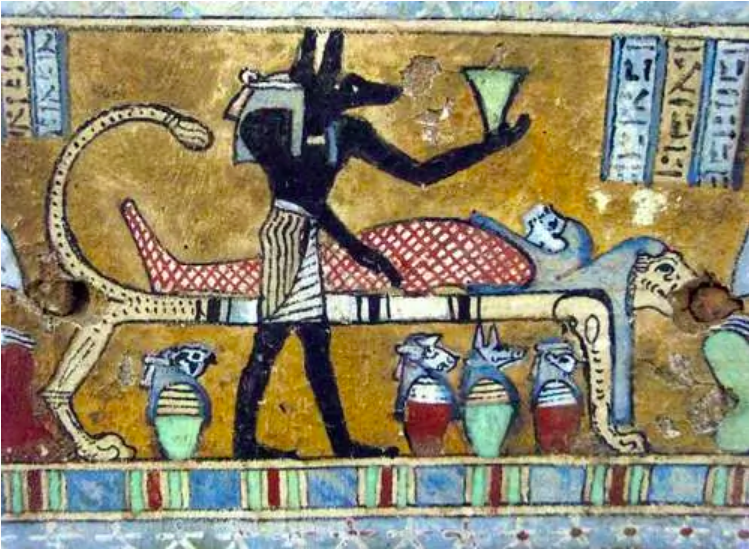 .Black (known as kem in ancient  Egypt) symbolizes death, darkness, the underworld, as well as life, birth, and resurrection. Wilkinson writes, (Egypt’s) “symbolic association of the color with life and fertility may well have originated in the fertile black silt deposited by the Nile.”

The expression “being in the black” is commonly heard in the financial world and refers to a company’s positive cashflow status. 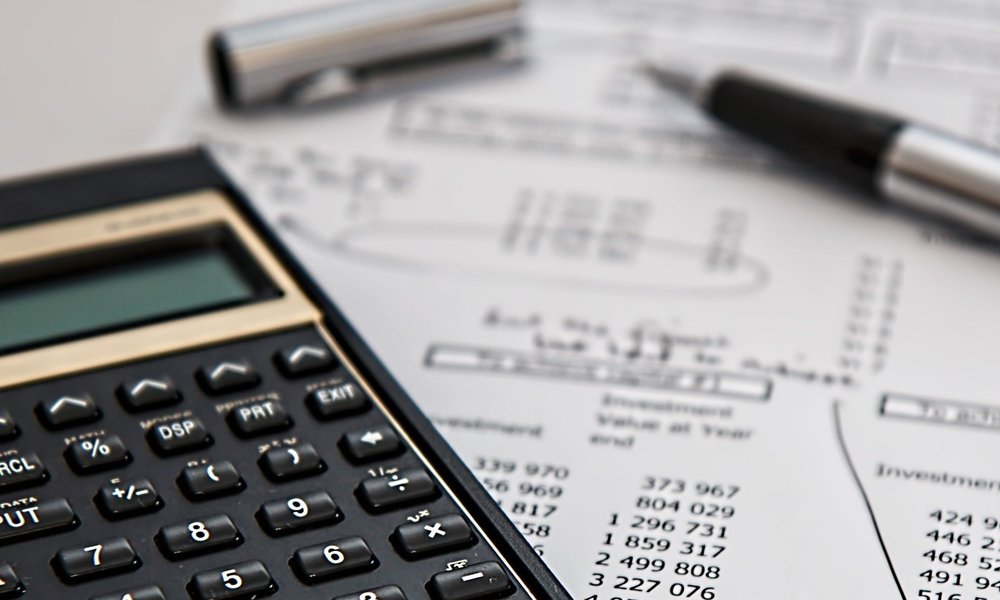 The term has roots in accounting history when accountants updated financial data in their books by hand before computers and software came into use. Accountants used different colored ink—both black and red—to denote a company’s profitability.

Hockey teams wearing darker-colored jerseys are more likely to be penalized for aggressive fouls than teams wearing white jerseys, according to research. The finding is based on an analysis of more than 50,000 NHL games over a quarter century, where players spent nearly a million minutes in penalty boxes in those games.

While the link between jersey colors and penalties is correlational, the researcher said it’s likely to be more than mere coincidence. The psychologist said that teams that wore darker colored jerseys were penalized on average two minutes more per game.

Purple is spiritual. It has a mysterious quality as well as being the color of royalty. Historically, purple in nature was extremely rare so producing fabric dyes was costly, which meant only the landed gentry wore purple.

While the color white is used in many Western countries to represent purity and innocence, it is a symbol of mourning in many Eastern countries.

White can be described as cold, bland, and sterile. Rooms painted completely white can seem spacious, but empty and unfriendly. Hospitals and hospital workers use white to create a sense of sterility. 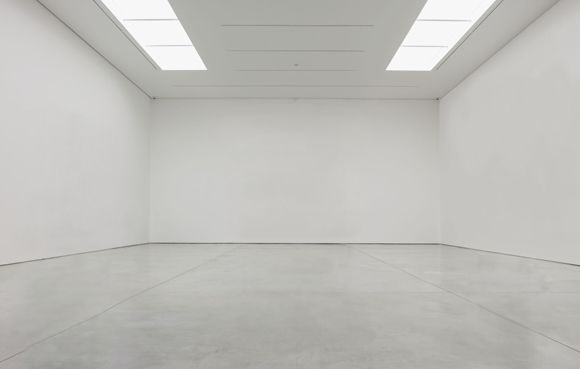 On the negative side, white can seem stark, cold, and isolated. Consider how a large, white, empty room might seem boring, bland, and depressing.

Some of the positive meanings that white can convey include cleanliness, freshness, and simplicity. The color white often seems like a blank slate, symbolizing a new beginning or a fresh start.

White has been used more recently to create a minimal and modern aesthetic, in all types of design including, web UX, graphic, interior design as well as architectural. White is often used to evoke a sense of youth and modernity. 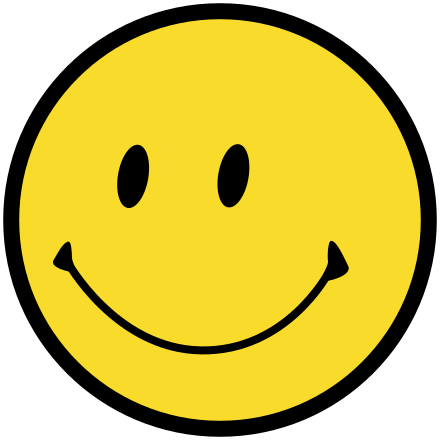 Yellow is an emotional one. It’s associated with happiness, optimism, sunshine and spring. Yellow communicates friendliness, joy and energy.

Because of its high visibility, yellow is also the color of caution, used for life vests, police tape and traffic signs.

The color of gas lighting: When people say they don’t see color.

Societal ills are at play when the meaning of color is closely identified with skin, race and class.

Colorism is an outlier and has no connection whatsoever to the study of DNA and genomics .

“One of the traits that most people would associate with race—skin color—is a terrible classifier,” Tishkoff tells Yong, pointing out that there is variation even within dark skin. “The study really discredits the idea of a biological construct of race. There are no discrete boundaries between groups that are consistent with biological markers.” 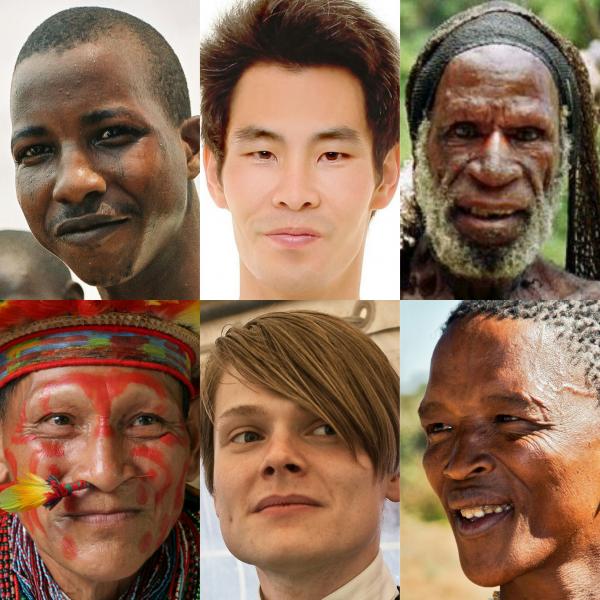 The Black Lives Matter movement and the counter protests from Blue Lives Matter and All Lives  Matter cannot escape reality. No humans are identified as blue and the U.S. census does not have a checkbox for “human race” or “all lives”.  It is evident that it is the checkbox marked “Black” or African-American that triggers the vitriolic response.

Don’t be offended if you didn’t find what you were looking for here in your favorite color. In many ways color perception is personal and will carry a different meaning for you. We are all wired differently, but without color there would literally be nothing for our eyes to see.

Let us know your favorite color, or least favorite, and how it make you feel by dropping a comment in the comment section below. 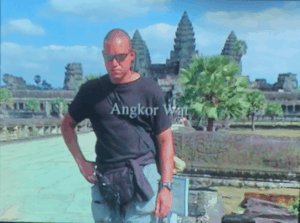 Terry Nelson is a senior brand marketing consultant and Executive Director of Global Artists Coalition  nonprofit based in New York City. He is also freelance writer and adventure traveller with a degree in Journalism from the University of North Carolina at Chapel Hill.