Athens is in the middle of a graffiti art explosion!

A combination of high youth unemployment, underemployment and authorities stretched too the limit has resulted in an artistic free-for-all on buildings, alleyways, roll  down gates and the occasional ancient ruin. 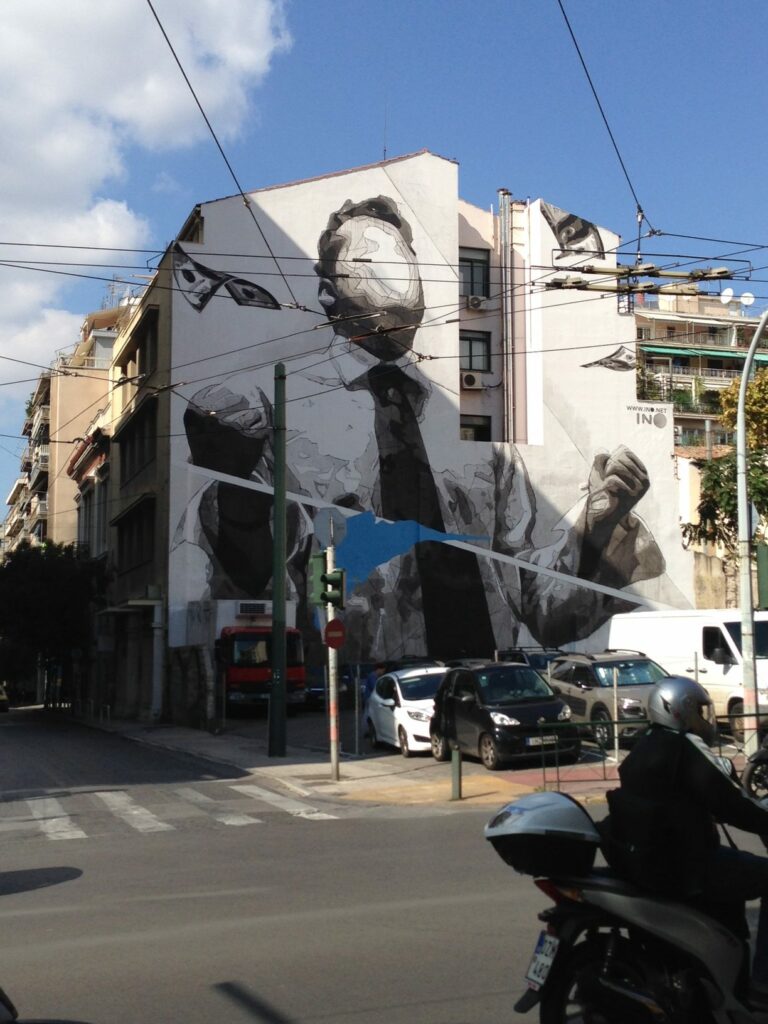 Whether you call them vandals, street artists or graffiti writers, their numbers have spiked in recent years due to the country’s devastating financial crisis.  But it’s not just tags and scribble.  Works of unimaginable beauty cover the landscape and touch almost anything sitting still long enough for an idol hand armed with a spray can to put in work.

A favorite subject of taggers and graffiti writers is the paranoia created by what is considered to be an increasingly emboldened tyrannical state. But that’s just part of the story.

[signinlocker id=”1048″][/signinlocker]It also could be youthful rebellion and the romanticizing of anarchy – which as no surprise raises the concern of the authorities – but the cascading works of art in their purest form add a storybook quality to Athens streets and neighborhoods and  keep your eyes filled with delight.

Idol hands maybe the devils work, but these rabble rousers have created a few masterpieces in Athens. Hats off to the artists, whoever you are. 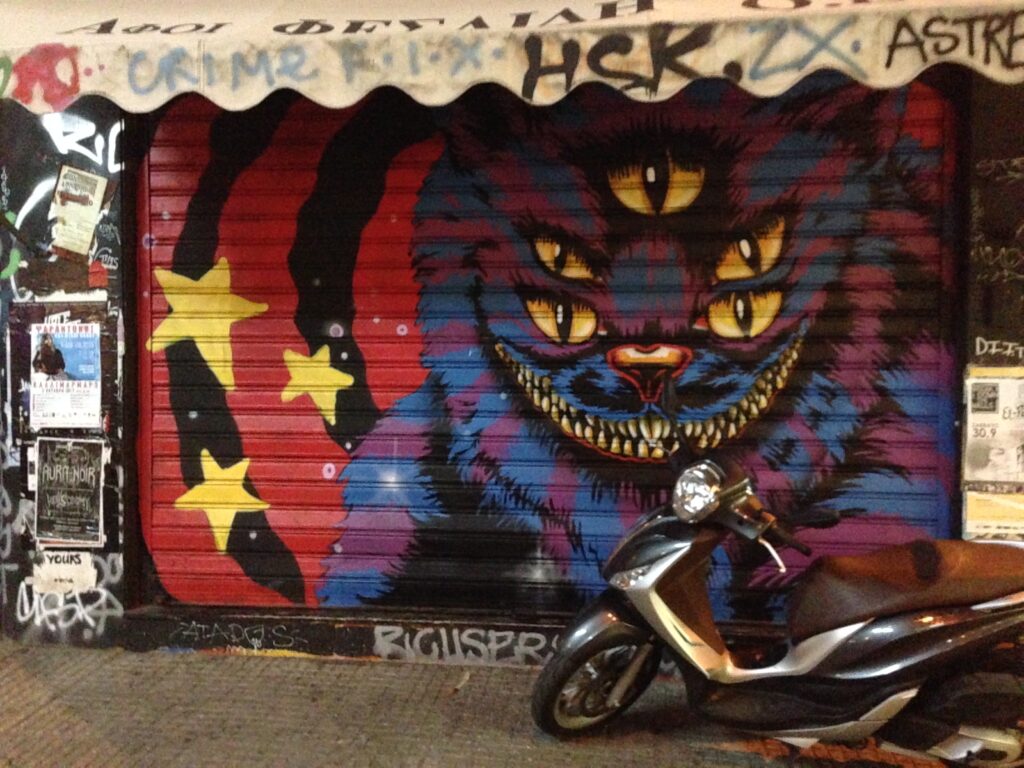