Curating a selection of art images so powerful that they changed the course of history is no small feat.  To strike at the heart of the matter, we journey back to the creation of the cult-of-personality, and its many forms, to uncloak the symbolism and propaganda used to elevate political leaders and movements to mythic proportions.

From the beginning art images have been used to manifest god-like worship and calls-to-action on a massive scale.

By no means is this the definitive lists, but it does helps stir the debate on the power of art throughout time. Most of us know the feeling of being moved by art, but few recognize its potential to turn the unwitting into believers and followers. 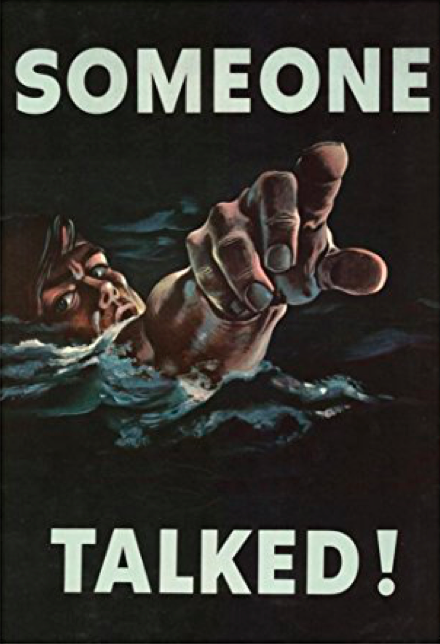 This historic poster was used to warn against careless discussion of troop movements and other military information. Due to the number of spies and saboteurs believed to be reporting back to the enemy during World War II, operational security was a matter of life and death.

America and the Allies accepted Nazi Germany’s official surrender on May 8, 1945.

The man pictured on the poster points an accusing finger at the viewer to say his situation is their fault. A powerful warning displayed not only in military facilities, but in civilian bars, restaurants and other public places.

The evolution of this message can be found in today’s ‘No Snitching!‘  that threatens harsh punishment for not keeping silent.

Rockwell’s famous Rosie the Riveter poster celebrates the American women who worked in the munitions and war supplies factories during World War II.

Norman Rockwell’s poster was a call-to-action for American women to head out to work in support of the war effort.

The job vacancies at home caused by World War II ushered in a dramatic shift in the American labor market and a reawakening of women’s rights.

Part of the fascination for the work has to do with its contradictory message.

Some feel Woods was mocking the Midwest, while others think it was a literal depiction of a Midwestern couple he had painted.

The symbol is a reference to the famous quote, by Pierre-Joseph Proudhon, the first self-declared anarchist and anarchy theorist that read:

“Anarchy is the mother of order.”

The “A” is for “anarchy” or “without rulers” and the circle is an “O” that represents “order”. Anarchism is a political philosophy that advocates self-governed societies based on voluntary institutions that oppose authority imposed by hierarchical organizations. 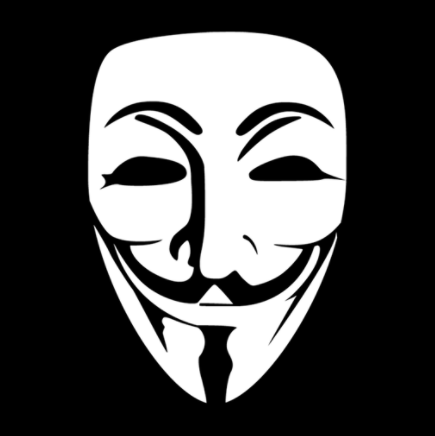 The comic V for Vendetta follows the title character and protagonist, V, an anarchist revolutionary dressed in a Guy Fawkes mask, as he begins an elaborate and theatrical revolutionist campaign to kill his former captors, bring down the fascist state and convince the people to abandon democracy in favor of anarchy.

The artwork is loosely associated with Anonymous, the international network of hacktivists.

But the real story involves the infamous Guy Fawkes and his participation in The Gunpowder Treason Plot of 1605, a failed assassination attempt against King James I of England by a group of provincial English Catholics that hoped to shift England from Protestant to Catholic.

Fawkes was tortured and later confessed to the crime.  His lifeless body was hacked into quarters and sent to the four corners of the kingdom to send a message to Catholics and others who dared to challenge Protestant rule.

Created in response to the bombing of Guernica, a Basque Country village in northern Spain, by Nazi German and Fascist Italian warplanes at the request of the Spanish Nationalists.

Guernica represents a powerful warning to humanity about the suffering and devastation caused by war.

Elizabeth I was the most powerful woman of her time. This, at a point in history when women were treated like possessions, evident in the way her mother, Anne Boleyn, was beheaded  for not delivering King Henry VIII a male heir.

Elizabeth I was strong-willed, intelligent, and steadfast in her refusal of marriage and remains an icon of modern feminism.

The Queen used her portraits as a tool of propaganda, presenting herself as the emblem of virtuous statehood.

She believed it was her destiny and God’s will for her to reign over England and to that end became a master at controlling her own image. It was no accident that her portraits were commissioned as gifts to foreign monarchs and  prospective suitors who would later shower her in marriage proposals.

From the 1570s, the government sought to manipulate her image into an object of devotion and veneration. The management of the queen’s image reached its heights in the last decade of her reign, when realistic images of the aging queen were replaced with an eternally youthful vision defying the reality of the passage of time.

Nazi propaganda and their perversion of the ancient indian swastika were critical to Adolph Hitler’s acquisition and hold on power from the years 1933–1945.

The pervasive use of propaganda by the Nazis is largely responsible for the word “propaganda” and its  negative connotation.

Paul Joseph Goebbels was the Reich Minister of Propaganda. He was a close associate of Adolf Hitler and one of his most devoted followers. Known for his public speaking skills and virulent anti-Semitism, he advocated for progressively harsher discrimination leading to the attempted extermination of Jewish people during the Holocaust.

Viewed as a Christ-like figure by the rural poor in Bolivia where he was executed and as a symbol of rebellion for young people everywhere,

Che was a symbol of the anti-Vietnam war protests, the violent Paris student riots in 1968. the F.A.R.C. guerrilla movement in Columbia and the Zapatista Army of National Liberation, a revolutionary group based in Chiapas, the southernmost state of Mexico. 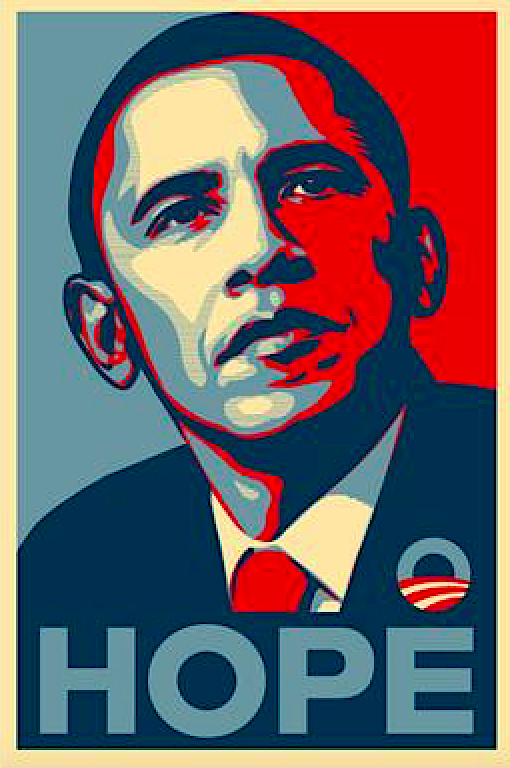 The Barack Obama “Hope” poster by the artist Shepard Fairey is an iconic image that has come to represent the 2008 presidential campaign and the election of the first African-American president.

The Obama ‘Hope’ poster symbolized a victory in the struggle for racial equality.

The artist was later sued for copyright infringement by the Associated Press and sentenced in federal court to two years probation and fined $25,000 for tampering with evidence.

As with the ‘Little Red Book’, not having an image of the Chairman in one’s home was considered a sign of disloyalty and potential dissidence. Mao’s face appears everywhere, from portraits in schools and government buildings to street signs and wall murals.

The fish symbol was adopted by early Christians as a secret sign. It is now known colloquially as the “sign of the fish” or the “Jesus fish”. In the early Church, the Ichthys symbol held the most sacred significance. Christians use this secret symbol to recognize churches and other believers as they lived under the threat of persecution by the Roman Empire.

While many Christians hang a cross necklace or rosary inside their vehicles, the fish sticker on the car is a more conscious symbol of a witnessing Christian and having been Born Again. The fish is given symbolic meaning several times in the Gospels.

Several of Jesus’ twelve Apostles were fishermen. He commissioned them with the words “I will make you fishers of men“. (St. Mark 1: 16-18)

It remains a mystery as to how the Great Pyramids and many other ancient structures around the world were built.

Even today, we do not posses the technology to recreate these massive works.

Sumerian art tells the story of how modern humans were created through the advanced genetic engineering of the Anunnaki.

The Anunnaki are described in ancient text as God-like extraterrestrials who arrived from the planet Nibiru thousands of years ago.  If we are to believe Darwin’s Theory of Evolution, our quantum leap from primitive to modern man in less than 5,000 years defies explanation. It is clear other possibilities need to be explored.

Sumerian Cuneiform stone tablets are cited as the source for many ancient stories, including the biblical stories of Creation, The Great Flood, and The Tower of Babel.

3 thoughts on “ART THAT CHANGED THE COURSE OF HUMAN HISTORY”