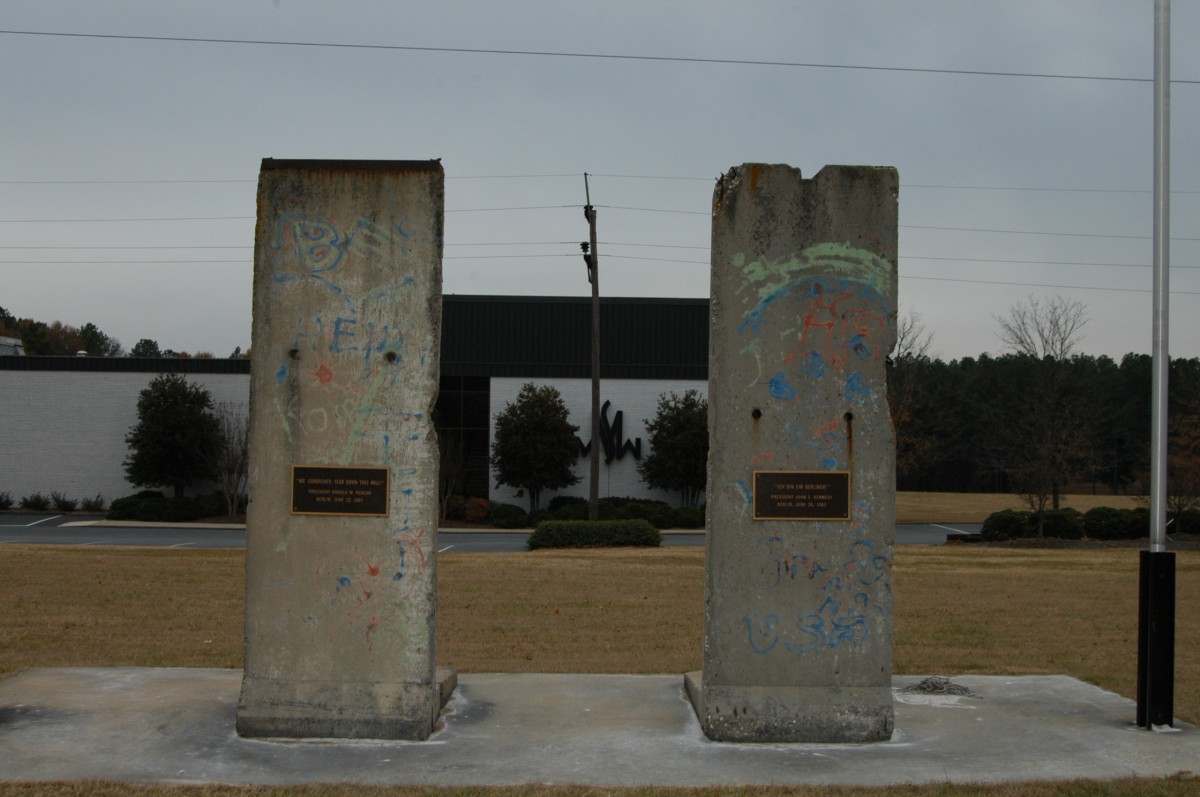 Deep in Trump country there are pieces of The wall where bus loads of school children arrive to learn a history lesson.

Standing more than 12 feet tall and looking rather uninteresting, two graffiti covered concrete slabs sit in front of an office park home to a BMW automotive plant, the Menzel Manufacturing company and the tire maker, Michelin, off of  I-85 in Spartanburg, South Carolina.

When construction crews began tearing down The Wall in 1989, Josef Menzel asked his friend in East Germany if he could secure two concrete segments and have them delivered to South Carolina.

Krussig recalls he was on a business trip back in Germany when he first heard the news that the borders between East and West were opening.  Not wanting to miss the historical moment, he traveled back to his boyhood hometown to where he and his friends used to fish, and watched in amazement as The Wall was dismantled.

They now have two large reminders in Spartanburg of what it was like to live in a divided Germany.

“People should not forget how bad communism was for the people who had to live under that regime,” Menzel said. “East Germans could not get a passport. They could not leave.”

The Wall, nicknamed the Iron Curtain, was intended to stem the exodus into West Germany.  Within a few months the first generation of the Berlin Wall was completed, and on August 15, 1961 the wall consisting of concrete elements and square blocks would officially divide the Soviet Socialist Republics from the Western World.

A second Wall was built in June 1962 to prevent physical escape as the city of Berlin  had become the main route for disaffected East Germans to reach the West. 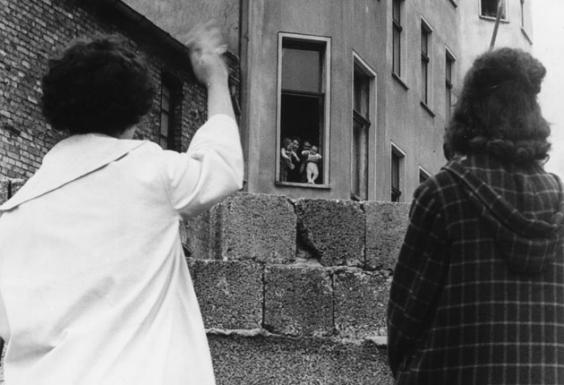 In all, 2.6 million East Germans managed to escape to West Germany out of a total population of about 17 million people. The bravest attempted to climb over The Wall, while others  jump out windows located within a few feet. Tunnel escape was another desperate option. Between the years 1961 and  1989, nearly 200 people were killed, or died, attempting to escape Russian controlled East Germany.

Many lost their lives at the hands of armed border guards just doing their duty.

The first person to be killed trying to cross the wall was Gunter Litfin, on 24 August 1961. The Wall was still mostly a barbed wire barrier at the time and he hoped to break through with a well-timed run on what he believed was a poorly-guarded stretch. But he was spotted by border guards climbing over railway tracks and was shot in the head.

The graffiti artwork  above depicts Leonid Brezhnev, the leader of the Soviet Union for most of the Wall’s existence, and Erich Honecker, who lead the DDR during the same time. The caption underneath reads:

Russian artist Dmitri Vrubel is responsible for this image. He calls it “Der Bruderküss” or “The Brothers’ Kiss,” indicating his disgust for the Soviet manipulation of the East German Satellite state.

The graffiti artwork below was painted under commission from an anonymous African artist who hoped to see the positive message of a reunited Germany brought to his home continent.

The artwork translates to: “Many small people in many small places, who do many small steps, can change the face of the world.”

The wall was a psychological barrier as well as physical one.

Despite the erasure of most of the wall, many Berliners are still affected by a malady commonly known as Mauer im Kopf, or wall in the head. According to a survey last year by the Free University of Berlin, 12 percent of residents in the East and 11 percent in the West said the city would be better off if the wall had never been torn down.

Buyers claimed to sell original fragments of the wall for as little as $10 to as much as $18,500. But those found on EBay can be hard to authenticate, writes Charles Passy in MarketWatch. “By one estimate, the wall could have yielded as many as 480 million golf ball-sized pieces,” Passy reports. 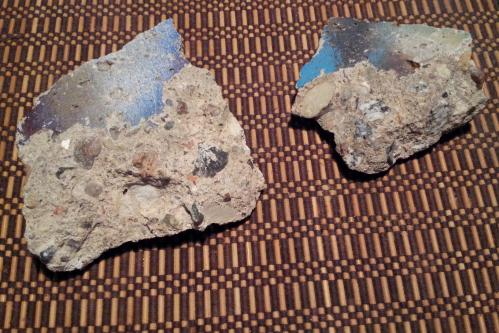 If your a graffiti writer, it’s safe to say your wall tag might live on forever  on the planned U.S. border wall – or at least until the next election. Your artwork might also fetch a handsome sum if your willing to travel to the Trump Wall to make your mark on history. But be careful not to get caught, U.S. border guards are now known to shoot undesirables that are tired, poor, or not practicing social distancing. 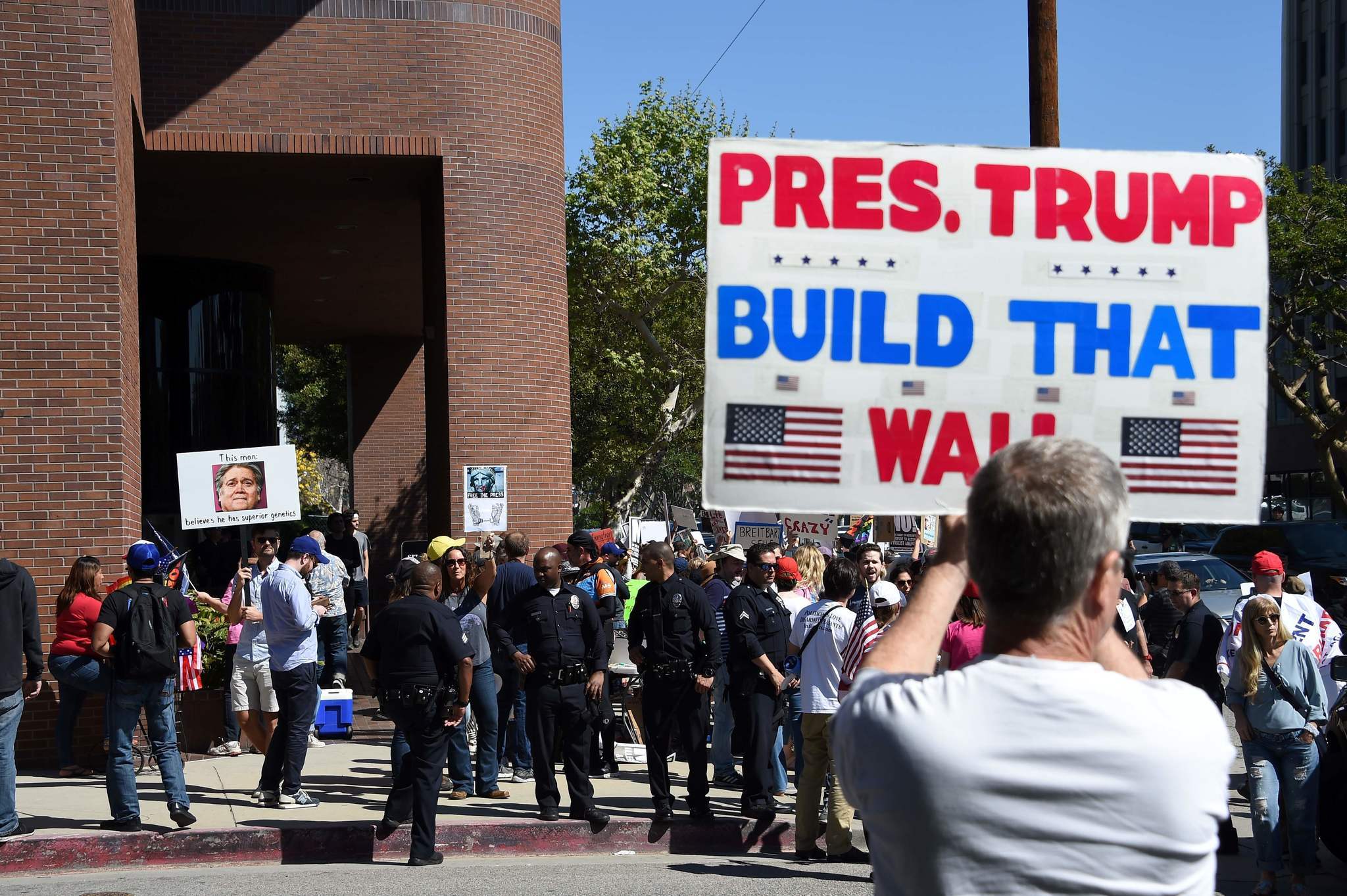