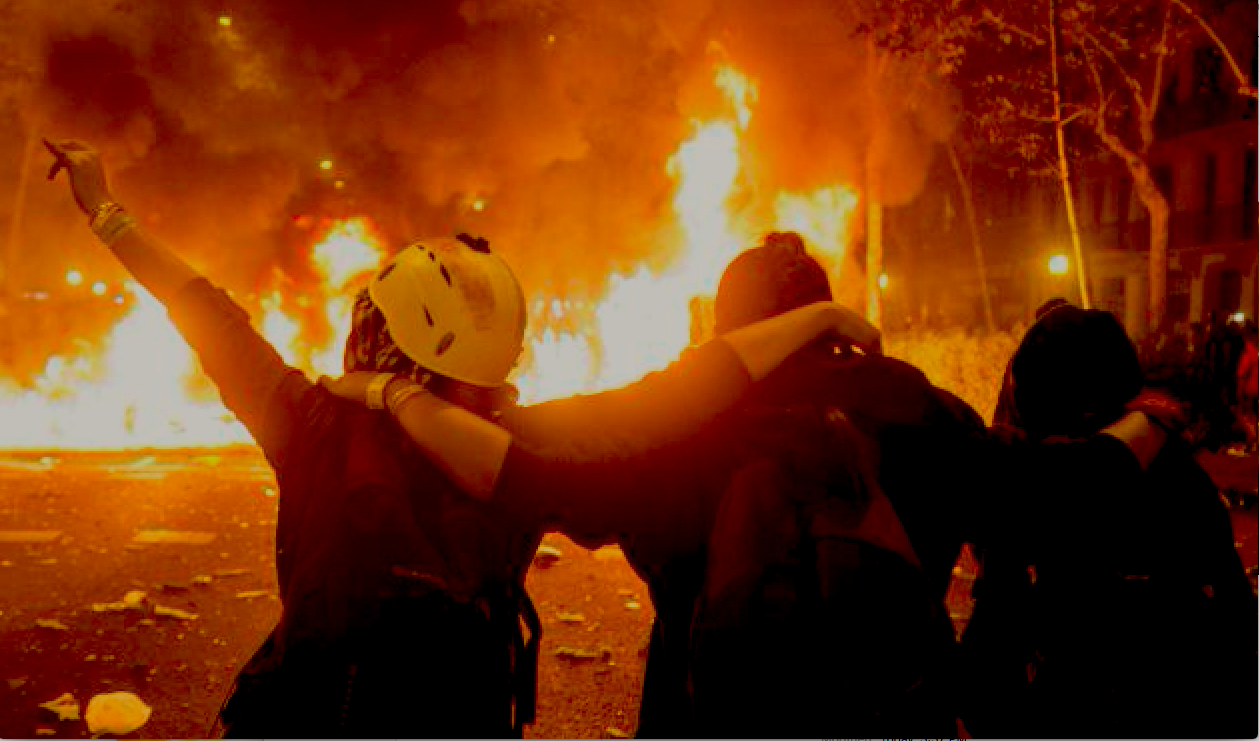 There has been a noticeable increase in anti-government slogans and messages promoting civil disobedience and rebellion appearing in Barcelona graffiti in recent years. Sparked by a rift between the Catalan people and national Spanish Government, the conflict dates back hundreds of years with a long list of martyrs. 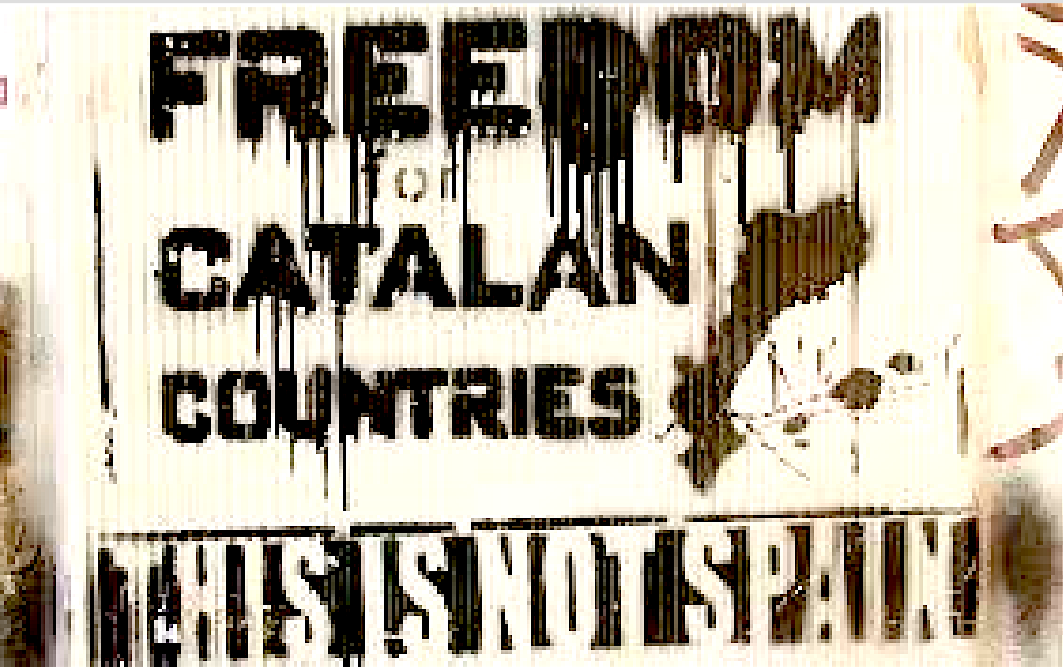 The stakes increased exponentially last week when  protests erupted in Catalonia, after prison sentences were imposed on key leaders of the region’s pro-independence movement. Dramatic street battles between protesters and police took place, with barricades and cars set on fire and petrol bombs.

Around 400 people, roughly half of them police officers, have been injured according to regional and central authorities, and 128 arrested since separatist sentiment surged last Monday.

Tensions re-emerged in October of 2017 when Spain’s national government sought the arrest of 14 Catalan separatist leaders in an attempt to block the ‘illegal’ referendum for Catalan’s independence.

Two years later – on October 14, 2019, Spain’s Supreme Court sentenced and jailed nine of them to between 9 and 13 years, stemming from their involvement in the failed independence bid. They were charged with sedition and some were convicted for the misuse of public funds as well. Three additional prominent figures were charged with disobedience but were not jailed.

The court also issued a new European arrest warrant for Carles Puigdemont, the former president of Catalonia and one of the central figures in the independence movement, who is now living in self-imposed exile Belgium. 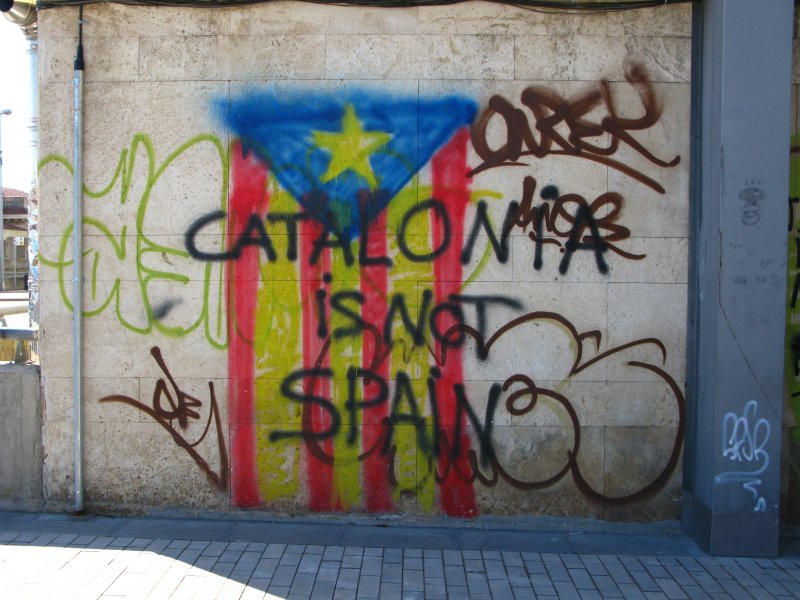 Artists here land in legal hot water for works seen as insulting Spain’s political and royal establishment, or deemed to glorify terrorism and other acts of violence.

Since 2010, citizens have taken to the streets and nearly all major Catalan cultural institutions have been represented. Letters condemning ‘any action preventing the full and free exercise of democratic rights’ were published by the Barcelona Museum of Contemporary Art (MACBA), the Centre of Contemporary Culture of Barcelona, the Miró Foundation, and the Primavera Sound Music Festival, among others.

The conflict spilled further into the contemporary art scene in 2017, when Madrid’s main exhibition center ordered a work labeling Catalonia’s separatist leaders as ‘political prisoners’ be removed from an international arts fair.

The exhibition center, known as Ifema, controlled by the regional and local governments of Madrid, ordered the removal of the work, “Contemporary Spanish Political Prisoners,” by the artist Santiago Sierra. The exhibition center said in a statement that it had vetoed the piece — a series of blurred facial images — because it would undermine the “visibility” of other works at the fair, known as Arco.

Last year, the Spanish Supreme Court upheld a prison sentence of three and a half years for the Spanish rapper, Valtonyc, on charges of insulting the monarchy and condoning terrorism in lyrics that include imagery of violence against authorities. Spain’s Supreme Court ratified the National Court’s verdict for “justifying terrorism, slander, and grievous injury to the Crown, and threats against Jorge Campos, President of Actúa Baleares”.

The artist said he would appeal to the European Court of Human Rights, saying he “expects nothing” from Spanish justice.

“There is no violence in the songs; art has to be provocative to denounce the problems and for there to be social transformation.” Valtonyc said he was being made “a political prisoner,” an assertion not easily refuted given Spain’s history with fascist dictators.

Spain has their own September 11th: The Origins of the Conflict in Catalan

The Catalan National day is known as La Diada and is celebrated on September 11th every year to commemorate the loss of Catalonia’s laws and institutions after the Siege of Barcelona in 1714.

In October of 2017, a constitutional crisis was provoked in Spain when separatists went ahead with the independence referendum despite the vote being outlawed by the Spanish government and the Constitutional Court. An overwhelming majority of Catalans voted for independence although turnout was low.

Large scale demonstrations called “Marches for Freedom” are scheduled to take place in Catalonia over the next few days. The marches will begin in different cities across the region, converging in Barcelona, the region’s capital on Friday. 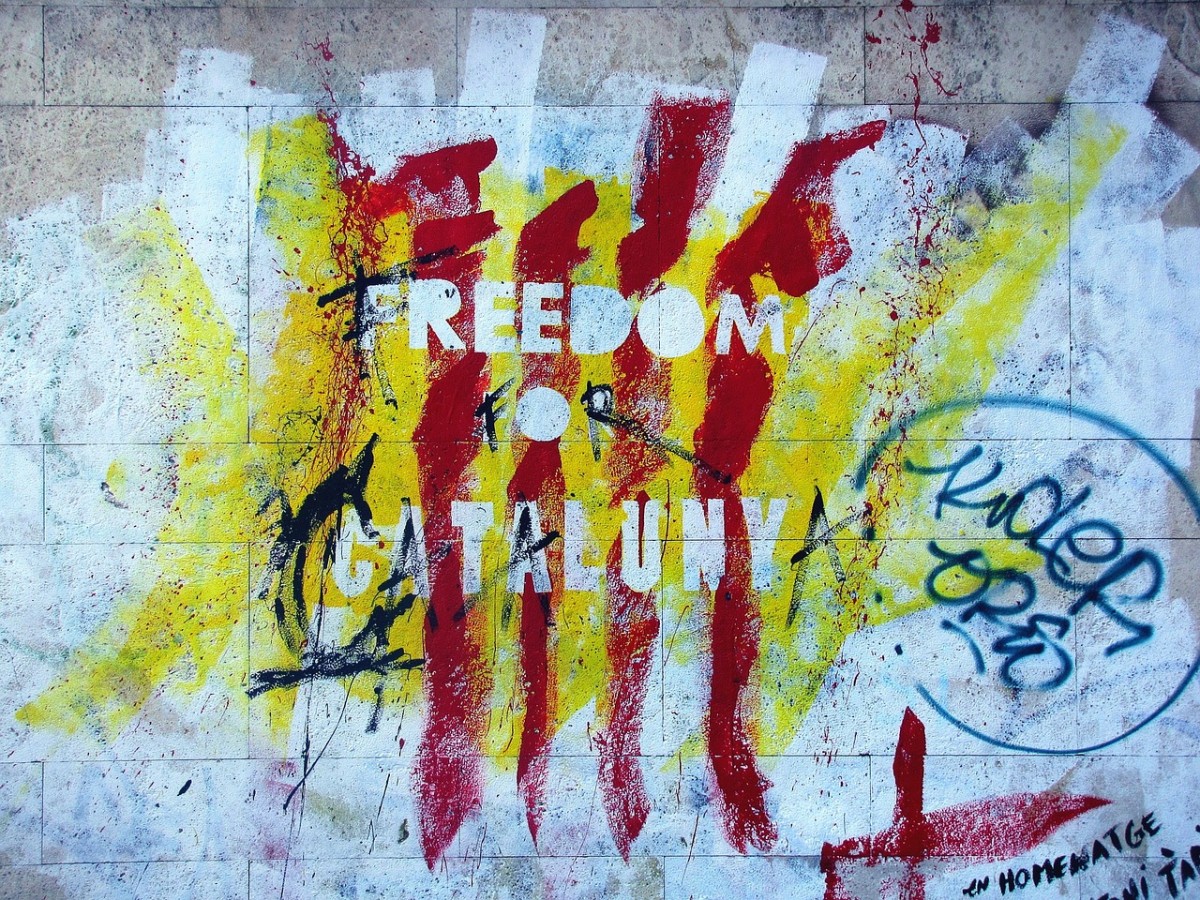 Spain’ Interior Minister Fernando Grande-Marlaska said Thursday that Madrid will send more police to Catalonia following the unrest, Reuters reported, saying that this was both to guarantee security and to allow police already there to rest.